Winners of the first Women’s Euro in 1984, Sweden remain among the competition’s favorites 38 years later, while the Netherlands, defending champions, will also want to start their tournament with a positive result.

Portugal vs Switzerland: group underdogs aim for points on the board

Portugal and Switzerland head into Saturday’s game as Group C underdogs, and will want to calm some tournament nerves with their first points.

Portugal made the tournament after Russia were expelled following the invasion of Ukraine. This is their second major tournament, having also featured at Euro 2017, with manager Francisco Neto aiming for a better performance this time around.

“Our goal is to do better than 2017. It was always going to be a tough start for us in this group, no matter who we were up against in the opening game,” he said.

“We know that Switzerland are the team closest to us in the table. They have players who plied their trade in the best clubs in Europe and it is a team that we fully respect, but we know that we have our own strengths that will allow us to lead in the game full of confidence, and we can compete with them.

“A win would give us a huge boost and calm our nerves ahead of the other group matches.”

Switzerland were one of the last teams to qualify for Euro 20222, succeeding in spectacular fashion via a penalty shootout against the Czech Republic in April 2021.

“We’ve had many games between the two, and now it’s starting to start,” said Arsenal and Switzerland defender Noelle Maritz. “Everyone is giving their all in training and we can’t wait for the first game.”

Switzerland coach Nils Nielsen added: “It’s extremely important, especially in a group like ours, that the first game gives us at least one point so that we are still in the tournament.

“If we lose the first game, it will be a very difficult task to get through the group.

“They’re going to attack us, I’m pretty sure. It’s part of their game that they can stay low and attack with fewer players than most other teams. That’s a quality, but it can also be a problem when they have to change their strategy during the match.”

As you would expect between two of the giants of women’s football, Saturday’s clash isn’t the first time these two have met in a major tournament.

It is the Netherlands who have come out on top in recent years, beating Sweden in the last eight of Euro 2017 en route to winning the tournament, and in the semi-finals of the 2019 World Cup.

And Sweden’s Magdalena Eriksson is ready for revenge, saying: “For me it’s a bit of extra fuel, I want a little revenge. I want a good result against the Netherlands for many different reasons, and that add some fuel to the fire.”

However, Arsenal midfielder Stina Blackstenius will not start against the Netherlands. Swedish coach Peter Gerhardsson said: “One of our strengths in previous tournaments has been the medical team. They give me the exact number of minutes a player can play, and we’ll see after the game. today. [Friday’s] coaching.

“But if I said she would start, nobody would believe me, so it’s just as well that I say how it is. I think it’s also a bit alarming for the Netherlands to know that she is there, but not knowing how well she’s going to play or what damage she can do.”

The Netherlands began their pre-Euro preparations with a 5-1 loss to England, before wins against Belarus and Finland, keeping clean sheets in succession.

Netherlands coach Mark Parsons said: “We won’t start the tournament as the best, and I think we have accepted that. But we really believe in our qualities and that every minute and every game that we face will only make us stronger. 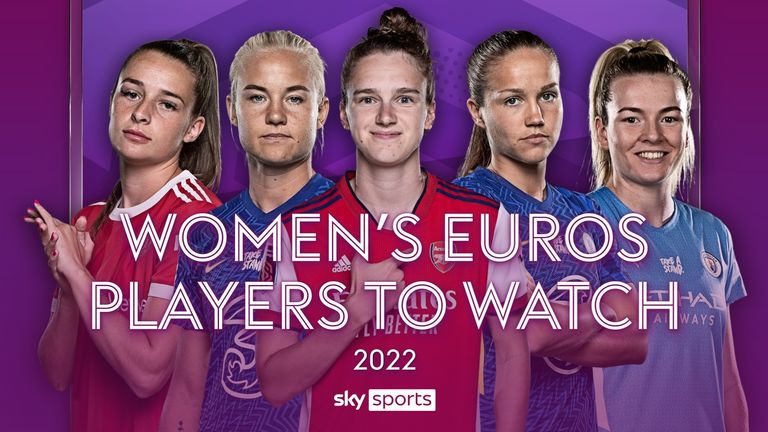 “They know the quality of Sweden and have great respect for them, but we also see a lot of opportunities. Sweden were probably the best team in the Olympics, even if they didn’t succeed, and they did well. to keep moving forward.

“They are a very experienced team with excellent communication on and off the pitch. We will have to be at our best.

“We have one or two players we are going to inquire about [their fitness] today, but things look positive. We’ll just have to follow the training. We are in a position that we could have hoped for three and a half weeks ago.”

Catch up on all the latest Euro 2022 news on Sky Sports and Sky Sports News this summer.

Pundits and presenters will work from the Sky Sports Women’s Euro 2022 mobile presentation bus, which will follow the Sky Sports News team around the country to the various stadiums where the matches are taking place.

Additionally, Sky Sports’ Essential Football Podcast will be rebranded for the Sky Sports Women’s Euros Podcast Tournament from June 21. Hosted by Charlotte Marsh and Anton Toloui, it will feature exclusive news and player interviews in addition to a solid tournament programme.