‘Everyone was buying, everyone wanted a piece’: Dundalk’s glorious summer of 2016

Dundalk’s European run in 2016 remains one of the biggest European trips for any Irish club.

Vinnie Perth (Stephen Kenny’s assistant manager), Ciaran Kilduff and Dane Massey sat down for an exclusive interview with Balls.ie as part of our Champions League memories series with LiveScore, to commemorate and remember the historic Dundalk European race in 2016.

The campaign ended in the Europa League group stage, despite performing commendably and never losing a game by more than one goal.

It was their 3-0 third round Champions League qualifying win over BATE Borisov, but it would be the most memorable occasion of their run, at least from a players perspective.

“It was the biggest I’ve ever felt,” said Kilduff, who was Dundalk’s under-striker during their run.

“Not to be a superstar, but we really went to a new level of like ‘the whole country is buying into this’. And obviously we had qualified by that stage for at least the Europa League, and we were in the last Champions League round but really things started to snowball for us at that point. Everybody was buying, everybody wanted a piece. It was sometimes a media frenzy, it was a great moment.

Dundalk entered the game with a one-goal deficit from the first leg in Belarus. It’s rare that a loss is a better result than a win, but in this case it was, and after losing to BATE the previous year over two sets, they knew the quality they possessed.

Despite the game’s chance at Tallaght, the away result was bigger and tougher after being comfortably outplayed for 90 minutes, in a game which Vinnie Perth said could easily have been a 4-0 defeat.

Massey explains how full-time Dundalk captain and current manager Stephen O’Donnell laid bare the seriousness of the situation Dundalk found himself in.

“I will always remember Stephie O’Donnell in the dressing room after that game. He gave everyone his opinion. It was kind of a wake-up call. If we go home with the same mindset as the last year, we’re done, we’re done. That was definitely one of the key moments for me that year.

On Tallaght they went, with O’Donnell’s words ringing in their minds, giving them added confidence.

Despite not being able to play at their real home in Oriel Park, Massey and Kilduff both mention that Tallaght felt right at home on that sunny evening as hundreds of Dundalk fans lined up even during warm-ups.

A crucial goal just before half-time lifted the Dundalk side, and Perth share a fun anecdote that sums up the change in mood and inner belief in the dressing room after that goal.

“I remember telling our kitman Noel, who was such a big part of everything. UEFA sent two boxes of footballs, and whoever won the game kept the Champions League balls in this beautiful presentation box.

“Noel told me that BATE wanted to know where the bullets were because they were taking them home with them. It wasn’t true, but Noel hurt me about it. I remember saying at Christmas at halftime, ‘these balls stay here.’ Because that inner belief was that they were, and I think every guy had one of these Champions League balls, and they got it. always have. But it was little things like that that you just knew at halftime that it was our time.

“And it’s little things like that to the outside world that you can’t explain. I remember saying and using swear words, “they want those balls, we don’t give them those balls”. Little moments like that where I’m sure not everyone bought into it. And it was actually our kitman who scolded me about it, which was a totally untrue story, BATE never asked for them, which he later told me. It’s amazing how much such little things mean so much to a group of footballers. 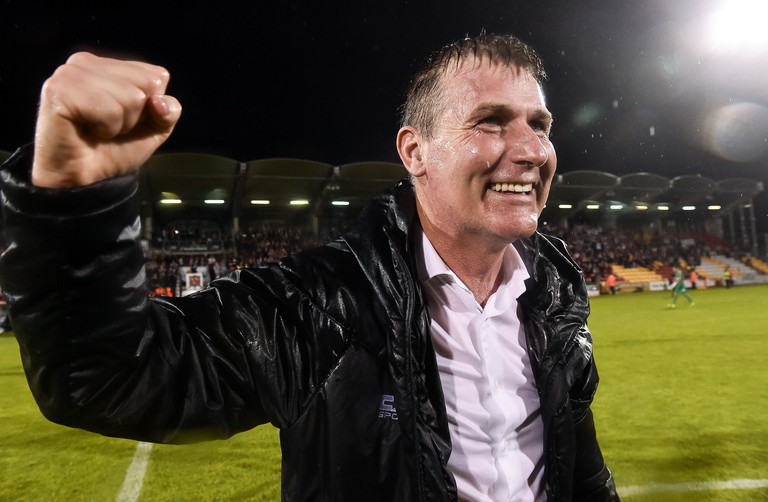 David McMillan scored his second goal of the game in the 60and minute as the belief began to grow that Dundalk was on the verge of something special. And the rain, as Kilduff notes, which began to fall in the second half, only added to the occasion.

However, only one goal was needed for BATE to advance to the next round, but instead of holding on to their lead, Dundalk continued to press and look for the goal that would kill the tie.

That attacking attitude and mindset, as Perth explains, was the DNA that defined Stephen Kenny to lead the Dundalk team.

“But I think the moment Davy scored probably summed up Stephen’s beliefs as a coach and the beliefs of the whole team. If you think about the logic of that, we were 2-1 up and one more goal would get them through effectively. But actually we haven’t done the typical thing of sitting here, make some changes and we’ll put in another centre-half and absorb some pressure and hopefully hang on. And I think that whole group felt, and was obviously led by the manager, but we thought we had to win. Let’s actually make sure that’s done, and I think the second half showed what Dundalk’s DNA was.

You can watch the full interview with the guys here: 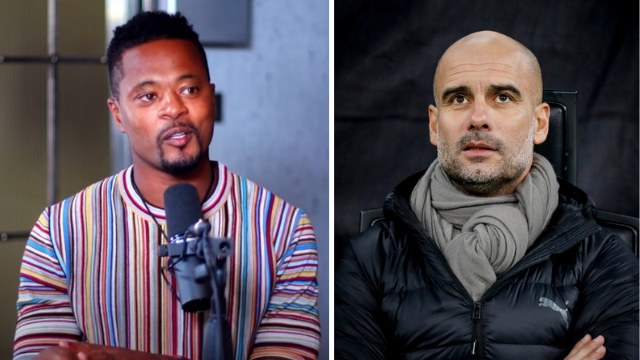