Eight Football Academy starlets have been called up by their nations for the upcoming international break in October, ranging from the Under-21 to Under-17 age group.

In the qualifying action of the UEFA U21 Championship will be Conor Coventry, who joined Peterborough United on loan in August with the Republic of Ireland U21s.

The Boys in Green, who have four points in their first two games, face Luxembourg at Tallaght Stadium on Friday 8 October, before traveling to Podgorica to face Montenegro four days later.

Goalkeeper KrisztiÃ¡n Hegyi is also in action in the Under-21s with Hungary, who will play in qualifying for the same tournament at home against Poland on Friday 8 October and Germany on Tuesday 12 October. Hegyi’s side have three points in their opening two matches.

And the West Ham U23 duo Brian Kinnear and Harrison ashby have both been called up to the Scotland Under-21 squad for the upcoming qualifying game against Denmark at Tynecastle Park.

Originally scheduled for an away game, the game will now be played in Scotland on Thursday 7 October following a request from the Danes to reverse the fixtures.

Representing England U19, Jamal Baptiste has been selected for a trio of back-to-back preparatory friendlies against France (Wednesday October 6), Mexico (Saturday October 9) and Belgium (Tuesday October 12), all taking place at the Marbella Football Center.

Ian Foster’s side have stepped up their preparations for the November U19 EURO “qualifying” round, in which England face group hosts Sweden, Switzerland and Andorra for the right to qualify for the “elite” round in spring 2022.

Joining him in Marbella will be a pleasure Sonny perkins, whose fine Academy form this season was rewarded with another call-up of the England Under-18 team for friendlies against Norway (Thursday 7 October) and Russia (Monday 11 October) at the same place.

And the Hammers provide a third Young Lion rep in U17 Olivier Scarles, who – after impressing when England’s U17 reached the Syrenka Cup final last month – are equally selected to face Armenia (Saturday October 16), Belarus (Tuesday October 19) and Slovakia (Friday October 22) – all to be played in Belarus.

The fixtures form the first round of qualifying for the Under-17 EURO qualification for next summer’s finals, with 13 group winners, 13 finalists and the four teams ranked third with the best record against the teams ranked first and second in their group. in the elite round of spring 2022. Israel will host the final tournament in May and June of next year.

Finally, the captain of the West Ham U18s Michael forbes is part of the Northern Ireland U19 squad for their own U19 EURO qualifying round. Northern Ireland will face Denmark (Wednesday October 6), the Czech Republic (Saturday October 9) and Kazakhstan (Tuesday October 12) in a four-team mini-tournament for the right to qualify for the ‘elite’ round in spring. 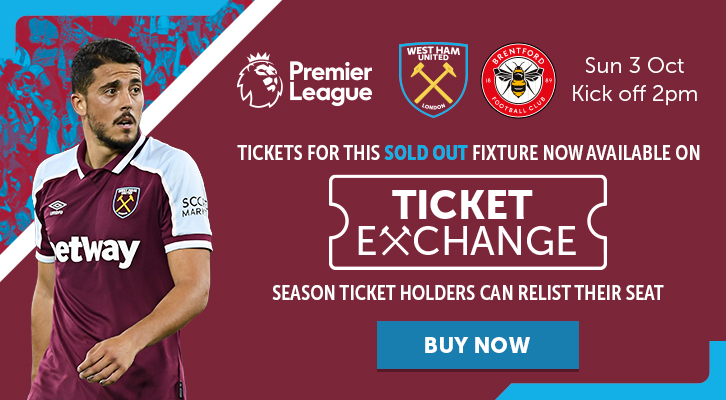