A Grip on Sports: Before the football tsunami hits, let’s catch up on some other sports

SPORTS MASTERY • It’s going to be a busy holiday weekend. No, not catching the last few hours spent outdoors, although that doesn’t sound bad at all. No. We’re talking about the college football kickoff, which will dominate the airwaves and the consciousness of the nation. With that on the near horizon, we better cover some other stuff today.

• We will start with the Mariners, who won the first two games against Detroit, beating the Tigers last night 5-3.

It’s not that the M’s won. Against a team as bad as Detroit (the Tigers are 50-80, the second-worst record in the American League), we expect that. It’s how they’ve won recently that counts.

Excellent starting throw. Good relief work. Strike in a timely manner. And contributions up and down the range.

The latter, because he was the most temperamental for Seattle, is probably the most important. Let’s use JP Crawford’s place in programming to illustrate this point.

Crawford, the M’s Gold Glove winning shortstop, was injured recently. (He came back late in last night’s game, so he could be ready to play full-time again.) To replace him, the Mariners initially turned to Dylan Moore. On Sunday, Moore hit a key three-run homer against Cleveland, securing a 4-0 victory.

But Moore got hurt. And now is on the disabled list. The Ms turned to an abandoned play, Abraham Toro, elevating the Tacoma veteran. Adam Frazier went short and Toro, who hit under .200 in his previous stint this season, took over at No. 2. All Toro did yesterday was deliver the hit, a seventh-inning two-run homer that gave Seattle a 4-3 lead.

It’s the kind of unexpected contributions a post-season team needs.

• Will the Sounders miss the MLS playoffs for the first time? Of course, it looks like it.

As the regular season draws to a close, they are six points from last place in the playoffs. Worse, they would have to skip Vancouver, Los Angeles and Portland to get there. With six games to go, it seems almost impossible. Especially the way they play and the bad luck – if that’s what – they’ve had.

Last night a weather delay loss 3-2 in Orlandowas an example of both.

Seattle took a 2-0 lead, fueled by outstanding goaltending Stefan Frei and goals from Albert Rusnak and Raul Ruidiaz. But the defense, awful all evening, was non-existent just after Ruidiaz’s goal. Orlando scored in one minute, added the equalizer 15 minutes later and the teams even went to extra time.

That’s where bad luck – again, if that’s it – came in. Orlando attacked. But one player was clearly offside and Kyle Smith – no, not that Kyle Smith – seemed to pass him. The off-target entry hit a Seattle defender, past a startled Frei and into the back of the net.

The flag is up. The goal was disallowed. But the video review came into play and it had to be decided – no explanation is ever given – the offside player did not come onside. Although it was obvious the defender was reacting to the threat and got into position to counter it, leading to the bumper car goal.

No offside, no goal. It was as simple as that. Except for the people who mattered.

That’s how it goes for the Sounders. They were plagued by injuries, disorganized play and a front office that sat on its hands over the summer. Now, after doing something no MLS team has ever done, winning the CONCAFCA club title, Seattle won’t even be playing for another MLS crown.

• OK, back to American football. The printed version of the SR’s annual guide was included in this morning’s paper. Don’t miss it. 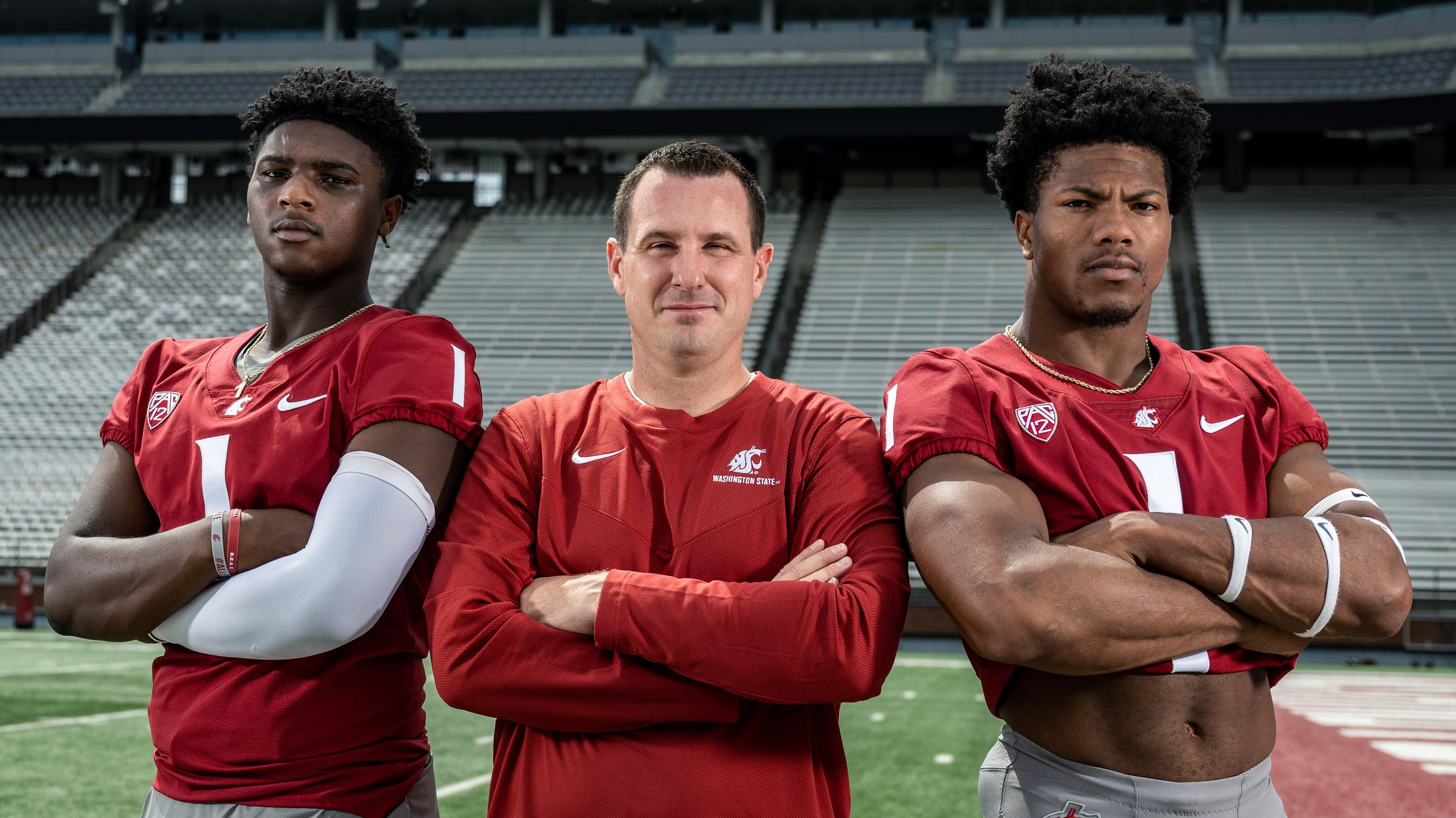 WSU: You didn’t think that was all college football we were going to mention, did you? Of course not. Colton Clark works too hard for that. This morning, he previews the upcoming opener with Idaho, though the focus is more on changes to the Cougar program under freshman coach Jake Dickert. … Elsewhere in Pac-12 and college football, the Big 12 and Pac-12 are now rivals for media rights money, according to Jon Wilner in the Mercury News. The big 12 opened its negotiations earlier, trying to get a deal before the Pac-12. … The new rules make some players millionaires. Others? Not really. … Whether Washington it is to succeed this season freshman under coach Kalen DeBoer, he will have to follow the game plan he established before. … Oregon and freshman coach Dan Lanning head toward Georgiawhere the challenge to a hobble offensive line (and elsewhere) will be intense. … Jaydon Grant accomplished a great deal during his seven years at Oregon State. … Stanford needs to get off to a quick start to change its recent momentum. … California starts against UC Davis. … Colorado will rely on its second year class often this season. … Utah is not just playing a game in Florida This weekend. The utes begin a race towards, they hope, the playoffs. … Box USC strategist Caleb Williams win the Heisman? … UCLA have another high power offense. … Whether Arizona State makes a change of trainer, is Urban Meyer next in line? … Arizona has at least 10 areas that he needs to improve. … In basketball news, Tommy Lloyd continues to exploit the Baltic countries. Now he’s doing it for Arizona.

Gonzaga: Joël Ayayi is on the move. No, he stays in the United States. He just changed teams. Theo Lawson has this story about Ayayi being traded from one G-League team to another. He will play this year in Orlando. 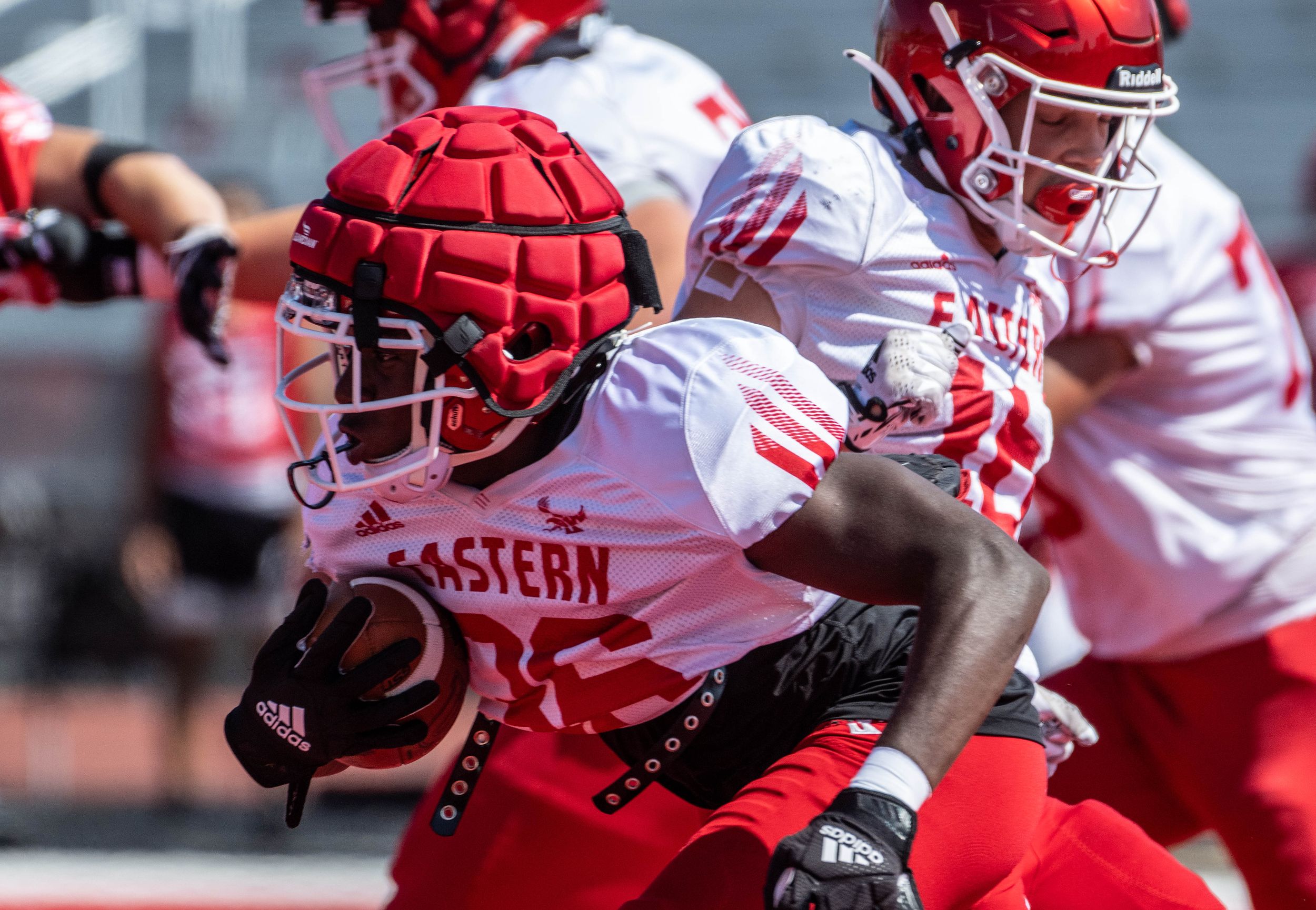 EWU and Idaho: Big Sky’s football schedule kicks off tonight with four games, a few of which are available on cable. Dan Thompson kicks off his weekly look around the conference with this notebook focused on last year’s success and what it will take to replicate it. … Elsewhere in the Great Sky, Portland State travels to San Jose State tonight. … Northern Arizona also begins tonight against Arizona State in Tempe. … Weber’s state has an easier start at home. … A Montana the receiver continues to climb the depth map. … Northern Colorado opens with Houston Baptist.

Indians: It may not be finished, but it is certainly much more difficult. Spokane had a chance to catch up in Vancouver on Wednesday as they hosted the Canadiens in a doubleheader. But losing both ends was not planned. Dave Nichols has sweep coverage.

Chiefs: We were at the Arena yesterday having lunch with one of the people who help the Chiefs prepare for the season. The team’s training camp begins on the ice today. Kevin Dudley has that insight. 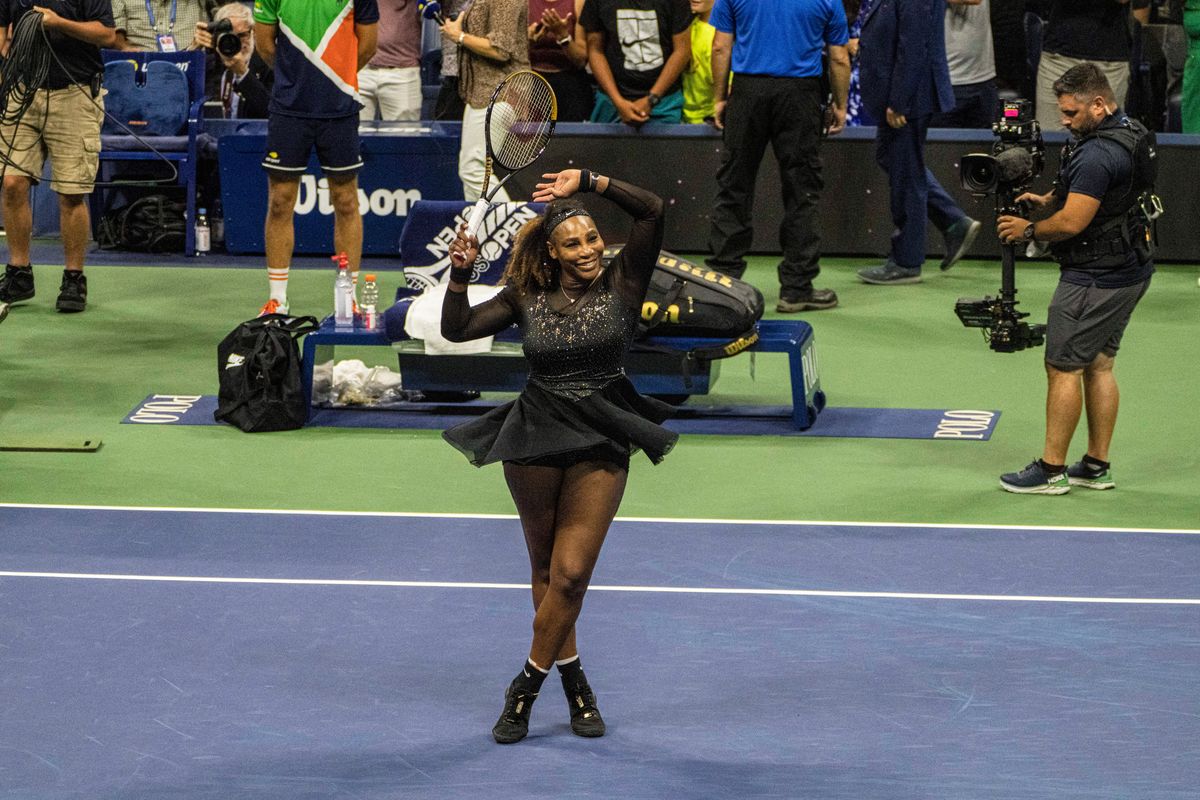 Tennis: Serena Williams wouldn’t go easy on New York’s good night. Instead, she upset second seed Anett Kontaveit in three sets and advanced to the third round of the US Open.

Seahawks: Seattle must have a plan, no? What is that? You tell us because we’re not sure, even after hearing Jean-Schneider speak yesterday. … We know the quarterback contest is not finished. … There was list movements Wednesday. …in case you’re interested (and we’re guessing you are), Russell Wilson and Denver agreed to a multi-year extension worth far more than the Hawks were likely willing to give.

Sailors: Chris Flexon made big money with one out in Tuesday’s game.

Storm: Las Vegas had to win. The Aces knew it and rode up star Aja Wilson’s 33 points and 13 rebounds for a 78-73 home win. The WNBA semifinal series, tied at one game apiece, heads to Seattle on Sunday.

• Here we are. September. Our most hated month. Oh, it’s beautiful. Great, actually. But our hatred dates back to childhood, when school always started after Labor Day. We were rarely bored in the summer, although we’re sure our father wasn’t enamored with how often he found me indoors, reading. It was the freedom we craved and loved. The days when we could just sit down and devour an entire book. Explore the library and find four or five more. And then hide and read them. September ruined it all. Every year. Time was no longer ours and ours alone. We are Sicilians. We still hold a grudge against the month. And we always will. Until later …